Southern Spain faced a terrible economic crisis in 2009, one part of which involved admitting  to years of chaotic construction. A major problem had been unauthorized building. Much of it came to a sudden halt as local governments put the brakes on; as a result large and ugly shells of houses and apartment blocks remain – anyone who wants to buy a project or the land generally has to pay off the old bad debt first. 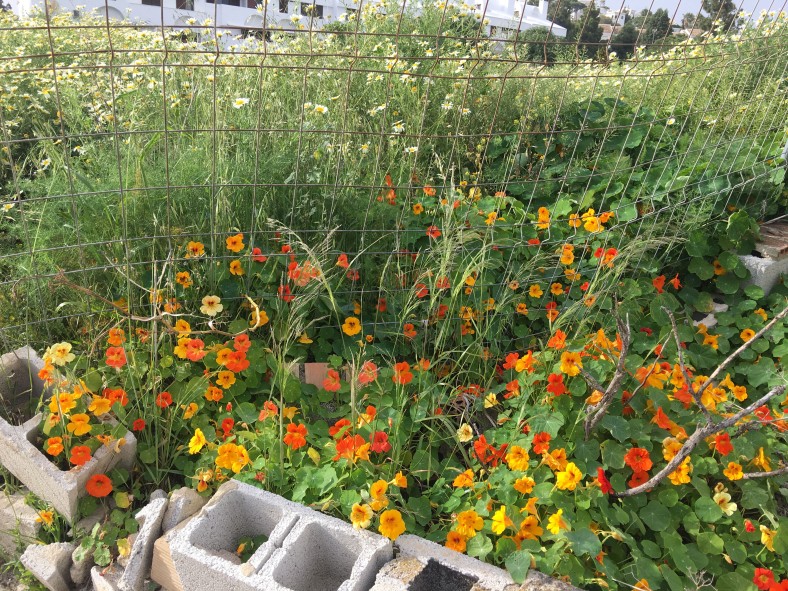 In some places the government said “enough” and building is now banned. Such was the case in La Cala de Mijas, a lovely old fishing town in Andalusia where at least one such patch of land now has signs saying this is a protected nature area, no buildings permitted. The abandoned bricks and pipes are gradually disappearing under meadows that have taken over in the past 8-9 years. A winter of frequent rain has been welcome in this coastal stretch that has seen years of drought, and the flowers in the meadow are showing their gratitude.

A walk through the meadow today was proof that dozens of varieties of birds and bees have found a new home, and they will probably be better caretakers than the people who left the rubbish of their greedy dreams behind.

The flowers: the main flower is the white and yellow chrysanthemum coronarium, whose popular name is apparently chrysanthemum garland. Queen Anne’s lace is putting on a multi-hued show and scores of other flowers are tucked in among them. Join me for a short walk towards the sea (the house in the distance is actually one of the abandoned shells, while the ones on the right were built with permission). 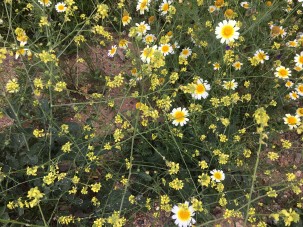 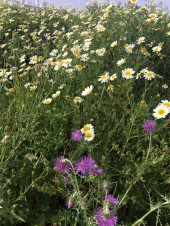 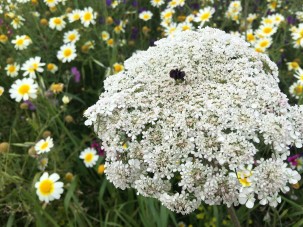 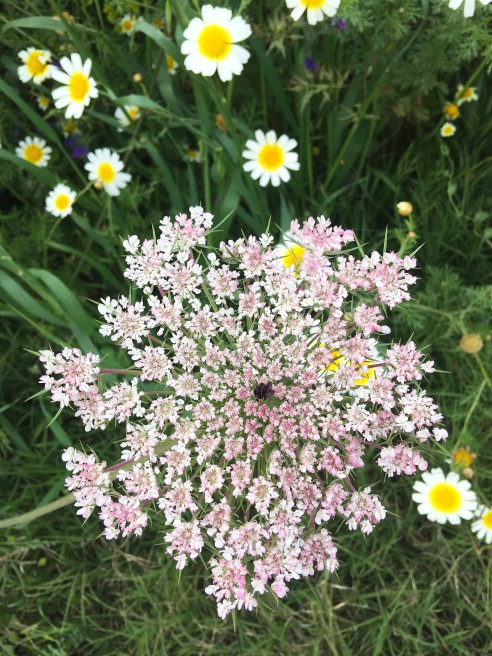 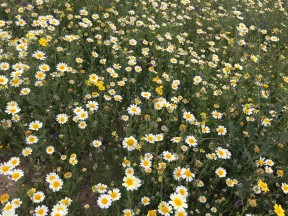 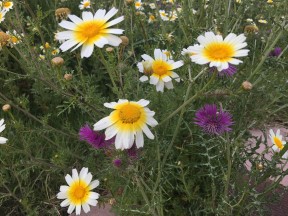 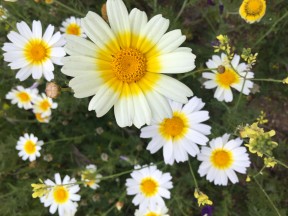 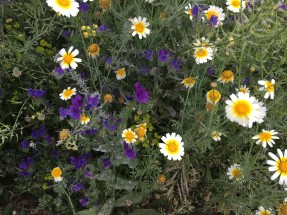 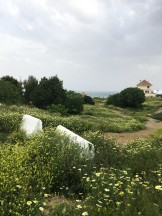 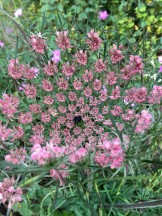 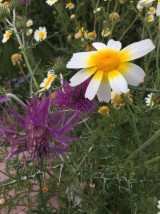 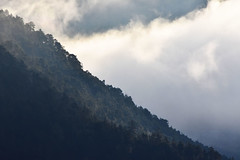 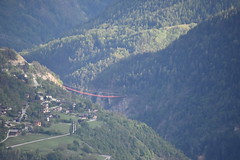